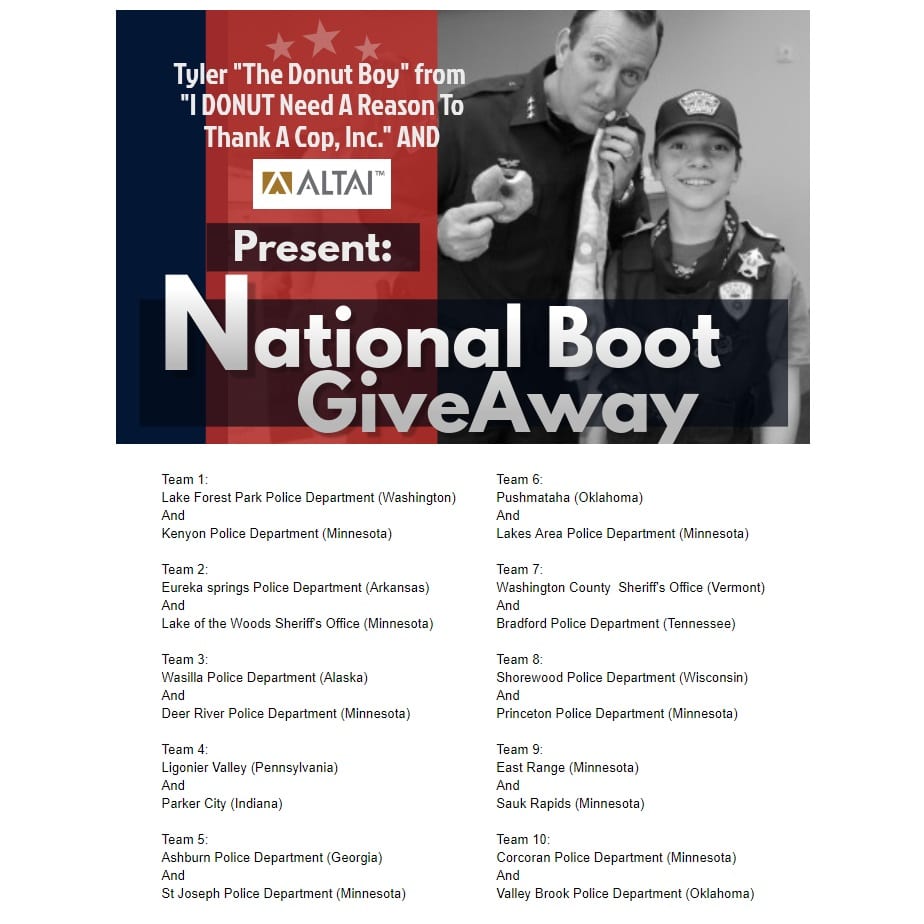 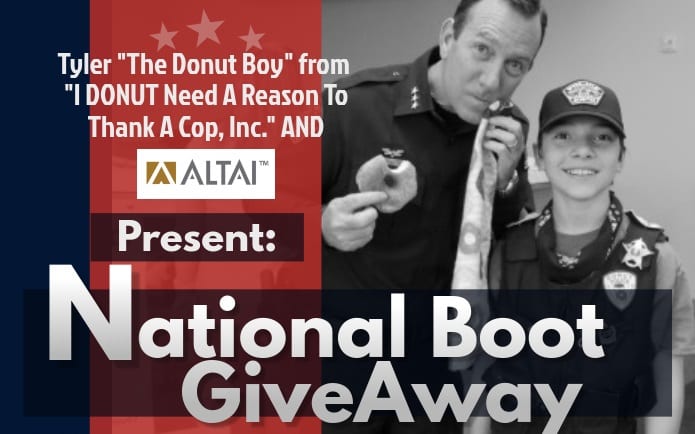 As we mentioned last week, we have noticed we are still a ways out from the original goal of 5,000 votes, and so here we have a very exciting update for the National Boot Giveaway:

Instead of 5,000 votes, a Team now only needs to reach 1,000 votes to have their Departments outfitted entirely with ALTAI™ Boots FOR FREE!

Additionally, if for some reason a Team is not able to reach 1,000 votes by September 21st, 2019 (National Tell a Police Officer "Thank You" Day) whichever Team has the most votes by midnight of that day will be the recipients of free ALTAI™ Boots for their entire Departments! But we're pretty sure the new goal of 1,000 votes will be met long before then (especially since we have some surprises coming up to help), so...

In the meantime, SHARE, SHARE, SHARE the following link to Tyler "Donut Boy" Carach's "I DONUT need a reason to thank a cop" webpage on the ALTAIgear website in any way you can think, and keep the votes coming in for your Team!