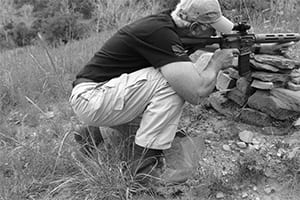 Be Prepared With Prepper Footwear

Proper preparation is crucial to be prepared if the time comes that you have to evacuate to high ground. Survivalists want to be ready with the right Tactical Gear for almost any defensive situation such as a natural disaster, terrorist act or weather event. ALTAI™ Tactical Boot is ready to take you anywhere you need to go. They have every feature you need in Prepper Footwear. The boots are manufactured using the most advanced materials including an all SuperFabric® boot upper.

Come see ALTAI™ MF Tactical Footwear for yourself at these upcoming events:

What features are needed in a great pair of Prepper Footwear? This is a question that all Survivalists must ask themselves when gathering tactical gear for a bug out scenario. You want a well-made Multifunctional Tactical Boot that provides:

In an emergency situation your Tactical Gear is your first line of defense. This is no time to be breaking in a new pair of Prepper Footwear. Fortunately, ALTAI™ Tactical Footwear requires no break in time. They are comfortable right out of the box. The aggressive, rugged Vibram® sole gives you all the traction you need for rugged terrain.

The extremely Lightweight aspect of the ALTAI™ MF Tactical Boot along with the Waterproofing technology and Speed Lacing system make them the perfect defensive boot. Your feet will remain dry and comfortable no matter what climate you are dealing with. This frees you up to think quickly on your feet and react to whatever challenges lie ahead.

ALTAI™ MF Tactical Boots are designed to endure an emergency situation with ease. They incorporate highly protective SuperFabric® materials with the rugged traction of a Vibram® sole making them a great addition to your Tactical Gear. The ALTAI™ lineup of boots are becoming the go-to Prepper Footwear for Survivalists around the country.

Join ALTAI™ Gear at upcoming events for Preppers and Special Ops Units at the Survival Prepper Expo near Mall of America in Bloomington, MN and the SOTA Conference in Duluth, MN in March, 2015.