ALTAI™ Spotlight: The History of the Hiking Boot 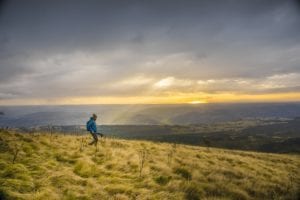 Definition – hike,verb; walk for a long distance, especially across country or in the woods.
Since the moments humans first walked the earth, you can be we were doing just that: walking. Walking upright, on two feet, gave us survival advantages in environments like the forest and grasslands. Two free hands and a unique, elevated view, allowed opportunities for new kinds of exploration, small and large. The first footwear were intended for, what we are familiar with, hikes; across deserts, plains, rocky mountains, and more. An early resemblance of a shoe of this kind was discovered and thought by experts to be around 5,000 years old. 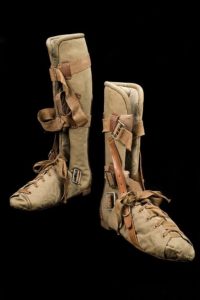 This boot was thought to be issued by the Italian Army during World War I; designed with a leg splint for common injuries that occur in harsh, alpine terrain.

But it isn’t until the early 20th century that we begin to see boots that more closely represent what we are familiar with when it comes to hiking boots. With more free time to enjoy the outdoors for leisure, rather than purely travel or work, footwear designed for hiking quickly burgeoned into an industry that was here to stay. In the early hiking boot days, almost the entire boot, uppers and even the sole, were made out of leather. We’ve certainly made some pretty big leaps and bounds in hiking footwear since then! 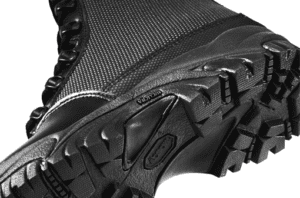 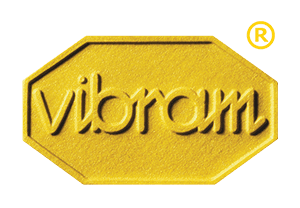 The outsole is the next biggest leap in the hiking boot evolution. Boots with rubber outsoles were now easier to make, repair, and boots lasted longer. However, the outsoles really hit their time to shine when Vibram® arrives on the scene. A new universe of possibilities for boots opened up, offering outdoor experts and enthusiasts footwear for specific environments and conditions. All our boots use a Vibram® outsole for a boot to conquer a variety of terrain, working conditions, and all with extreme lightness. 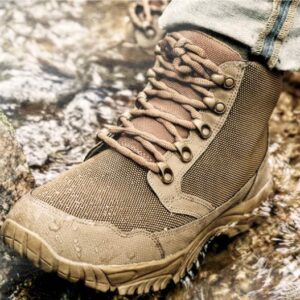 The next huge step in outdoor boot evolution (and another one all our boots are a part of!) is SuperFabric® uppers. Leather, suede, nylon uppers have traditionally been used in hiking footwear. But now, SuperFabric® offers an ‘amored’ yet flexible and breathable solution; and it’s in every pair of ALTAI™ boots. Easily deflects scrapes from rocks or sharp edges, maintains its “out of the box” look longer, breathes, and waterproof; it is clear why we chose to be at the forefront of this boot evolution.
For more information on our boots, check them out on our online store.