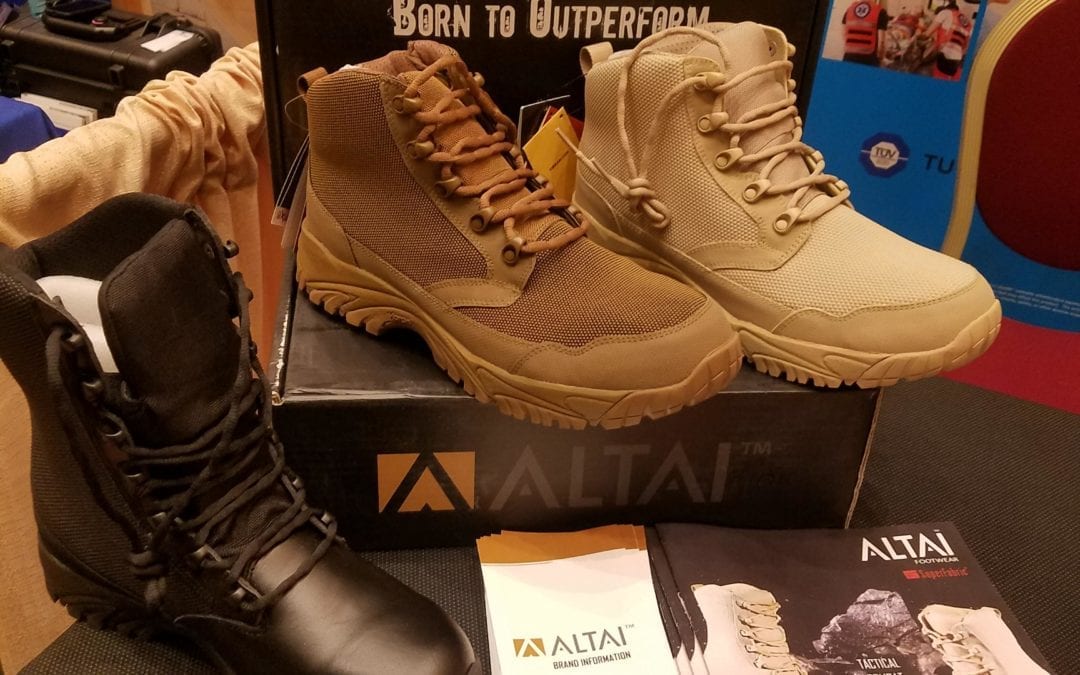 At team ALTAI™, we usually spotlight our retail partners, brand ambassadors, or special topics for outdoor enthusiasts. Today’s blog is a little different, because this time, we are the ones in the spotlight; it’s our time to shine! Earlier this year, we were featured by a nationally syndicated TV show, American Outdoors TV. We attended  SHOT Show 2020 and had a joint booth with SuperFabric®, which is where we were interviewed by AOTV. SHOT Show takes place in Las Vegas and is the largest shooting, hunting, and outdoor tradeshow in the world. The event hosts over 60,000 people annually.

Our friend from SuperFabric®, Sean Thompson, spoke with AOTV’s Bill Rogers about SuperFabric® and ALTAI™ gear. He had the chance to explain how SuperFabric®, Vibram®, and other amazing features are incorporated into our one-of-a-kind boot design. We are very happy for this opportunity to spread the word about ALTAI™ at a national level. Check out the video below, maybe you’ll learn a thing or two! We would also like to take this opportunity to thank Bill Rogers and American Outdoors TV. Keep an eye out for the full feature on your local TV stations!