ALTAI™: How To Survive a Bear Encounter in the Wilderness 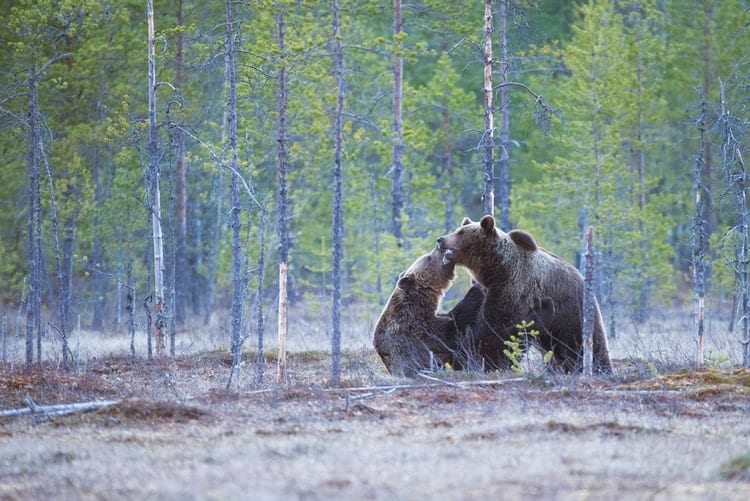 Brought to you by our fabulous outdoor expert and writer, Katlyn Spade.

In North America, two to five people die from bear attacks per year, according to data from the Centers for Disease Control and Prevention (CDC). As more people continue to invade bear habitats to explore or even hunt, reported bear encounters are on the rise. Most times, these beasts are shy and don’t attack human beings—but they occasionally turn dangerous. If you are exploring the wilderness or hunting and come into contact with aggressive bears, you must first determine what type of bear you are dealing with. This way, you will know how to come out of the encounter unharmed.

Reasons you should consider bear hunting

Besides their tasty meat, bears are abundant in numbers, with conservative estimates of their population being close to 800,000. To prevent these numbers from exploding, many states in the US have bear hunting seasons and often plead with game hunters to come hunt. Different laws and guidelines govern this practice. While these regulations vary from region to region, it is generally wise to familiarize yourself with them before going out on a hunt. Failure to do so could land you in severe consequences, with a possibility of hefty fines and jail time.

What to do if you encounter a brown bear

Brown bears are divided into two categories: brown bears and grizzlies (with the latter being smaller in size). These beasts are larger than black bears, with massive heads and larger humps at the shoulders. If you are approached by this type of bear, avoid running because you will be acting like prey, which will arouse his killer instincts.

So, a better option is to stay calm and play dead, as noted by the National Park Service (NPS). Lay flat on your stomach with your hands curled behind the neck and spread your legs so that the animal doesn’t turn you over. If the bear is just curious, remain still and calm until it leaves the area. Fighting back in such a situation often startles the harmless bear, making him defensive. However, if the bear persists and becomes potentially dangerous, fight back energetically by hitting him in the face with whatever you can.

What to do if attacked by a black bear

Weighing approximately 200–500 pounds, black bears can be jet-black, chocolate, cinnamon, white, or blond, and they are mostly vegetarian. This species is more peaceful than brown bears and is often preferred by hunters. When you see it charging you, don’t play dead but try to escape to a secure place, such as a car, if you have time to do so.

But if it is already too late, you will have to fight back. Remember that bears are naturally scared of human beings but may be territorial in their natural habitat. On that note, cause as much noise as possible and try to make yourself look bigger by spreading your arms and clothing. NPS insists that you should never run away if a black bear attacks you in your tent. Though rare, it means that the bear is looking for food and sees you as prey. Hitting him in the face with whatever you can often intimidates him and makes him turn away.

Of those who defended themselves in these situations with a weapon, including a gun, 50 percent sustained severe injuries according to the US Fish and Wildlife Service. Instead of carrying seemingly effective weapons, always remember to bring a bear spray when exploring the wild, as it stops stubborn, aggressive, and charging bears. These sprays often have a 20 ft. spread at a 25 ft. range, as noted by Tripsavvy. Be sure to select one approved by the US Environmental Protection Agency and check with the park you’re visiting to see which products they allow. Remember not to spray while standing downwind to avoid exposing your eyes to the chemicals.

Seeing a bear in the wild is a special treat if you’re visiting the wilderness. While the moment can be exciting, it is vital to remember that these animals can be dangerous and can inflict serious injuries or even cause death. NPS notes that every encounter is unique, and no single defensive strategy guarantees safety. However, being able to tell the type of bear you are dealing with and carrying bear spray is a good starting point. Remember to explore in groups of at least three and follow the park’s viewing etiquette.